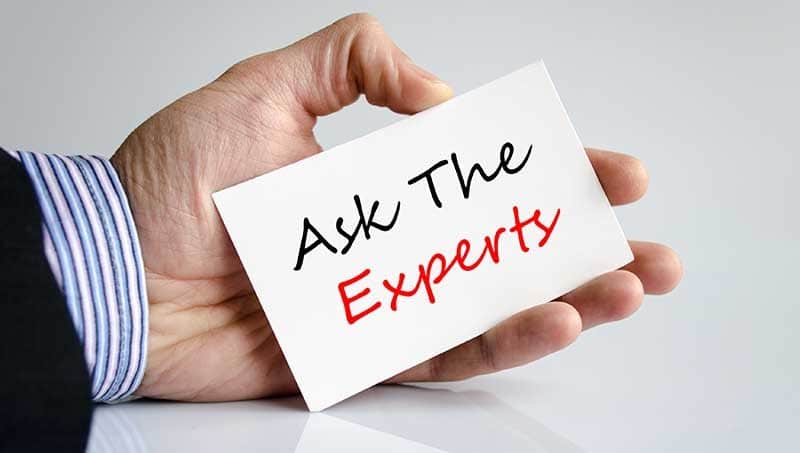 A lot of people don’t like to talk about money. There are many reasons why. One is that there’s a general idea among many that discussing finances is rude and impolite. Many people also believe that money is a private matter that shouldn’t be discussed, so they keep their thoughts and questions to themselves. Some people don’t like to talk about money or ask questions because they worry that they’ll be judged or looked down upon if the make a mistake and don’t know all the answers.

However, we believe that discussing money and asking financial question is important. When you talk about money, you learn things you didn’t know. You begin to understand new strategies and methods for budgeting, spending, saving, and investing.

That’s why our financial experts answer money and finance questions each month. We hope to encourage people to learn and grow by discussing money, budgets, and financial planning. If you have a question for our team, ask us online on Facebook, Twitter or through our website.

The questions here have been condensed or rewritten for clarity and simplicity.

How Much Money Should I Have Easily Available in Cash?

The amount you should have in cash will depend on your financial and life situation. In general, everyone should have an emergency fund and this money should be easily available so that you can get to it when you need it. It shouldn’t, for example, be locked away in a long-term investment nor should it be placed in anything risky where you could potentially lose it. Emergencies often come up without warning, and you want to have money there when you need it.

As for how much you should have in your emergency fund, this is where your personal situation will come into account. If you are single, don’t have any children, and work in a stable job where you could expect a severance if you were laid off, then having two-to-three months of expenses available in cash could work for you.

However, if you’re the primary earner in family, if you work freelance or on commission, or if you work in an industry where it could take you a long while to find a job if you ended up out of work, you probably want to keep at least six months of expenses on hand in cash.

What’s the Cheapest and Most Responsible Way to Borrow Money?

In general, you want to limit how much money you borrow. While most people need to borrow for large purchases like buying a home or attending post-secondary education, you will want to make sure you don’t borrow more than you can afford. This is especially important when it comes to borrowing money for purchases, renovations, etc.

If you want to borrow money to buy something like a new TV and pay it off within a month, then a credit card can be a good option. This is especially true if you get rewards on your card. However, if you’re going to borrow money for a longer time period, then credit cards typically aren’t a good idea. They tend to charge high interest rates, and this can put you in debt trouble if you don’t pay them off quickly.

If you’re borrowing for a longer term, then a line of credit could be a good idea. These loans typically offer lower interest rates than credit cards, which makes them a better choice if you’re doing some home renovations, for example, and you’re planning on paying the money back over the next year or so.

At this point, it’s important to mention the potential dangers of payday loans. Many people turn to these companies for short-term loans, but payday loans can quickly mean trouble. It’s tough to pay back a loan in two weeks and, if you’re not able to do so, you could end up spending a lot more than you would on a credit card or with another type of debt.

It’s also important that you look at your budget before you borrow any money. Determine if you can reasonably expect to repay the debt before you agree to anything.