The Biggest Mistakes People Make When Paying Off Debt 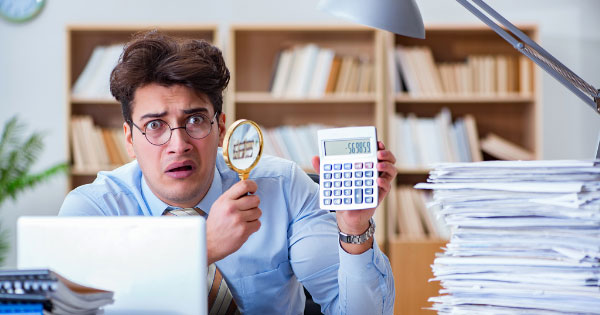 Common Mistakes Made When Paying Off Debt

Debt can be difficult to pay down, especially when you have a lot of debt or a lot of high interest debt. Most people who have debt want to pay it off, but the reality is that it’s tough to do and many people make mistakes along the way. Here are some common mistakes that people make when they’re paying off debt so you have an idea of what you should avoid.

Not Having a Plan

When you’re paying off debt, it’s critical that you have a plan. Look at all your debts. How much do you owe on each account? What are the interest rates on each of your debts? Understanding your debt is critical. Once you know exactly how much debt you have and how much it is costing you, you can come up with a plan for paying it off.

Two popular methods of debt repayment are the “snowball” method and the “avalanche” method. With the snowball method, you focus your efforts on paying off the smallest debt first while making minimum payments on your other debts. The avalanche method sees you focus on the debt with the highest interest rate first. Both methods have their own advantages.

The snowball method helps you stay motivated as you pay off smaller debts, while the avalanche method saves you money as you’ll reduce your most expensive debts first. Figure out what works best for you and then come up with a plan for how much you will dedicate towards debt repayment each month.

One mistake that many people make is they continue to use their credit cards while they’re working on reducing their debt. They feel like they can pay off the new charges while also working on reducing the overall outstanding balance, but this can be a big mistake. Adding on new debt while you’re paying off existing debt makes your situation much more difficult.

Think of it this way: if you are already having trouble paying back your debt, how will you be able to pay off what you owe plus the extra charges? You could have very good intentions, but that’s a very difficult goal to accomplish.

Instead of continuing to use your cards while you’re working on debt repayment, try to live on cash as much as possible. Create a budget, know how much you’re going to spend, and pay for groceries, gas, etc. using cash. Not only will this make it easier for you to pay down your debt, but it will also help you stay on budget. It’s much more difficult to overspend when you’re paying in cash.

You may be tempted to borrow money to pay off your debt. While taking out a loan with a lower interest rate and using that loan to pay off your high interest debt can save you money (and make it slightly easier to repay your debt) it doesn’t reduce the overall amount of debt that you owe. If you don’t have a plan for paying off this new debt, then you’re in a similar situation as you were before.

However, an even bigger potential issue is if you are borrowing from your emergency fund or your retirement fund to pay off your debt. These are situations that you should try to avoid as much as possible. It’s tempting to use the money you’ve saved for emergencies or retirement to reduce your debt, but doing so leaves you vulnerable to future issues. Plus, if you take money out of your RRSP before you retire, you’ll have to pay a withholding tax. Plus, this money will be considered taxable income, so you may have to pay more tax later.

Not Putting in Full Effort

If you’ve decided to focus on paying off your debt, you’ll need to focus on it 100 percent. If you’re still spending a lot of money on unnecessary expenses, then it’s going to take you much longer to eliminate your debt. Plus, you won’t be addressing the root cause of your debt. Many people who get into debt problems do so because they haven’t stuck to a budget, because they don’t have an emergency fund, or both. If you’re continuing to spend and you’re not reducing what you spend to focus on debt repayment, then you’re much more likely to end up in debt trouble in the future.